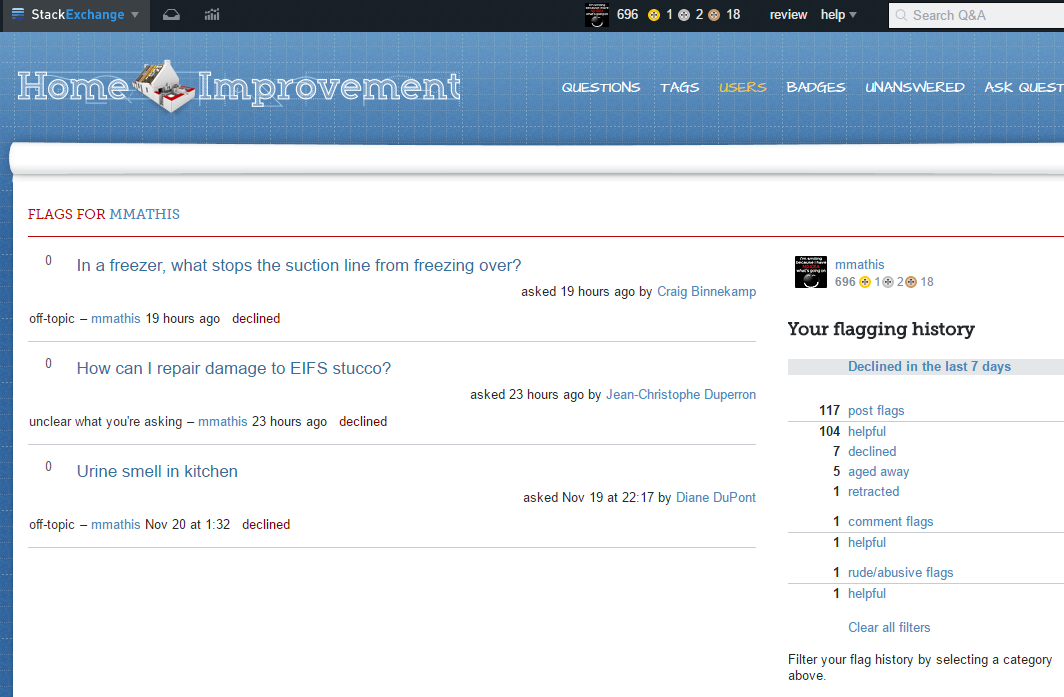 Why is this (seemingly) based entirely on when the flag was acted on, rather than the age of the flag itself?

The three flags you've shown here are all flags to close questions. Since you have less that 3,000 rep, this puts the question into the Close Votes review queue (note: 3,000 rep needed to access this queue) for people with that rep to review and decide whether to close it or leave it open.

Once it's in the review queue, it will stay there until cleared by enough "close" or "leave open" votes. If the eventual disposition is "leave open", then your flag to close will show up as declined.

In the case of your flag from November 20th, it was declined earlier today on November 30th; there's no way that the system could know at the time you cast it what the eventual outcome would be. That's why it's based on the time the flag was cleared, not when it was cast.

Not the answer you're looking for? Browse other questions tagged discussion support .

Welcome!
This site is for discussion about Home Improvement Stack Exchange. You must have an account there to participate.
Help

9
Do you all like Project Update Thursday?
4
Close old off-topic questions?
5
For Safety's Sake, how do you answer an electrical question?
4
Mystery "reviews" that don't show up in any queue?
1
How best to handle flags on posts that are subsequently edited, making the flag obsolete or wrong?
1
Why does Home Improvement prevent my question from being deleted if its been closed and downvoted?